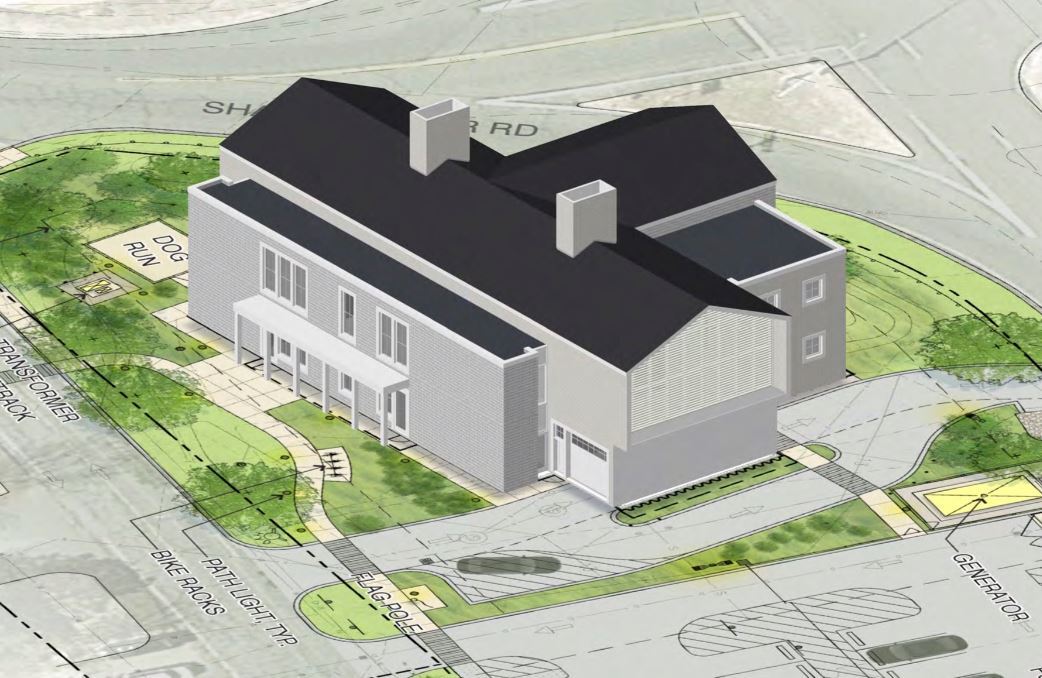 The Town of Provincetown is renewing its effort to build a new Police Station and asking members of the public to watch the two videos below and vote on their preferred design option.

The first video is a virtual tour of the current state of the Police Station on Shank Painter Road. The second video is presented by Jorge Cruz, lead architect on the project, walking viewers through the design of the 2019 proposed police station as well as an updated 2021 design.

The Building Committee began meeting again in late May, chaired by resident Sheila McGuinness, soon after the Select Board hired Town Manager Alex Morse and after the Board unanimously identified the police station project as a key goal for Town administration and staff. Since May, Building Committee members have thoroughly reviewed and discussed the outcome of the 2019 effort, and have incorporated community feedback from two years ago. As a result, the Building Committee worked with the architectural team and the project manager to present a 2021 design that is more traditional in nature and addresses other concerns raised by residents. Now, Committee members are seeking feedback from the public to see if they prefer the original 2019 design or the updated 2021 design. The Committee plans to use this feedback in order to move forward on the full design, construction and procurement process.

Town Manager Alex Morse, the Select Board, and Building Committee members plan to have an article at the Spring Town Meeting asking voters to approve an updated article to fund the construction of a new station. Town Manager Alex Morse has pledged to have an updated and accurate figure for voters to consider and promises to be transparent about the project costs throughout this process.

Since 1986, the Provincetown Police Department has called a former funeral home its headquarters. The building dating to 1975 has long been deemed inadequate as a public facility. Changes in technology, current building code requirements, security issues, as well as outdated building systems, such as HVAC (heating, ventilation, and air-conditioning) and electrical, and even periodic flooding have plagued the police station. By building a new station we share the ability to design a facility that can respond directly to the local law enforcement agency’s policing philosophy, mission, and goals.

On March 27th, 2019, the Town of Provincetown received bids for the Construction of the proposed Police Station. The total cost to construct the police station, including both hard and soft cost expenses, came to a total of $12.5 million dollars: $3.9 million dollars above the approved $8.625 million dollars.

At the April 2019 Annual Town meeting, voters were asked to approve the additional $3.9 million dollar expenditure to supplement the cost of the proposed Police Station. The article failed to receive the 2/3rds majority to move forward. At the June 18th, 2019 annual Town Election, voters were asked to approve a debt exclusion to pay the bonds issued in order to provide supplemental funding for the Provincetown Police Station. The ballot question did not pass.