From April through November, rental cars available from Enterprise Rent-a-Car @ www.enterprise.com, located inside the passenger terminal.

The fare is $2.00 per passenger. ($1.00 for People 60 & older and People with disabilities) Day & Multilple Ride Passes also available. 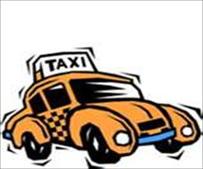 During the busy summer months, taxis are often waiting at the terminal to meet arriving Cape Air/Jet Blue passengers. Travelers may also call for a taxi pick-up using the pay or free telephones located just outside the main terminal doors. The fare to most locations in Provincetown is $6.50 per passenger. Most taxis in Provincetown welcome passengers traveling with pets.

The Provincetown Municipal Airport is located approximately 2.5 miles from Provincetown's town center. More than half of that distance is through the Cape Cod National Seashore. The Seashore's paved bike trails and roads offer scenic alternatives to auto transportation to the adjacent beaches and town.